The ADA is designed to protect those with physical handicaps from discrimination. One of the main aspects of it is to ensure that people can get equal access to businesses like yours. If you haven't installed ADA-compliant doors, you need to do so right away:

The Law Can Be Complex Regarding This Issue

While many business owners may not worry about the problems associated with breaking ADA compliance, it can result in lawsuits if those affected decide to bring them up. For example, there are multiple cases in Arizona regarding a lack of ADA doors in businesses. In these cases, there were 10 motions to dismiss based on the fact that the person filing the motion had never visited the business.

In only one case, was the motion dismissed. The truth is that most cases of this kind go forward simply because a business owner should have ADA-compliant doors in their business even if they never get handicapped clients. That is typically the argument that most judges will follow in these kinds of lawsuits, which can cost thousands of dollars before they are over.

The trickiest part about this situation is that many small business owners may already think that their doors qualify because they were approved by a building inspector. That isn't always the case. New rules for accessibility or not enacted retroactively on a business until it is brought to the attention of the authorities. As a result, a business owner's doors may not be ADA compliant at all.

For example, they may lack the 32-inches of width that is necessary between the door and the opposite stop. They may also have installed doors that require too much pressure (more than five pounds) to open. Other mistakes include a threshold that is higher than one-half inch or a lack of maneuvering space that allows people in wheelchairs or with other mobility devices to get around.

Those who are worried about ADA-compliance lawsuits because of their doors should just get new ones installed right away. These doors are actually fairly simple to install and not typically expensive. For example, it costs an average of about $700 per door and hallway to make them accessible for wheelchairs and walkers, according to the ADA standards.

This is a small price to pay when faced with a lawsuit that can cost thousands of dollars to sort out, even if a business owners wins. It also increases their acceptability in the public by showing their community that they care about the less fortunate. That kind of positive publicity is the kind that just can't be bought. 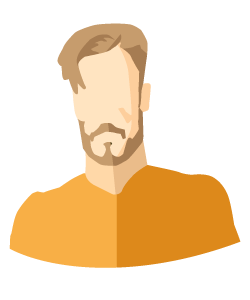